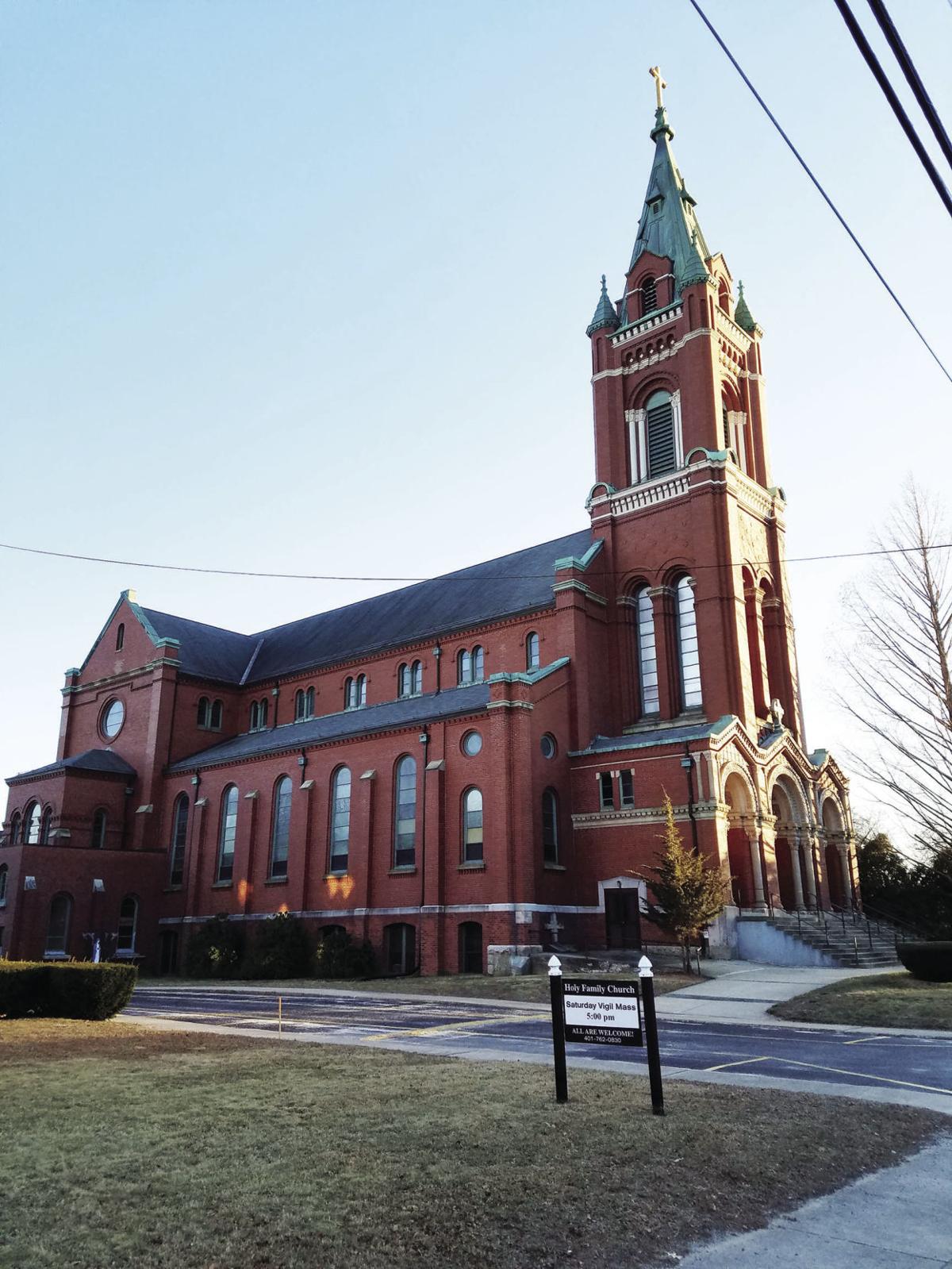 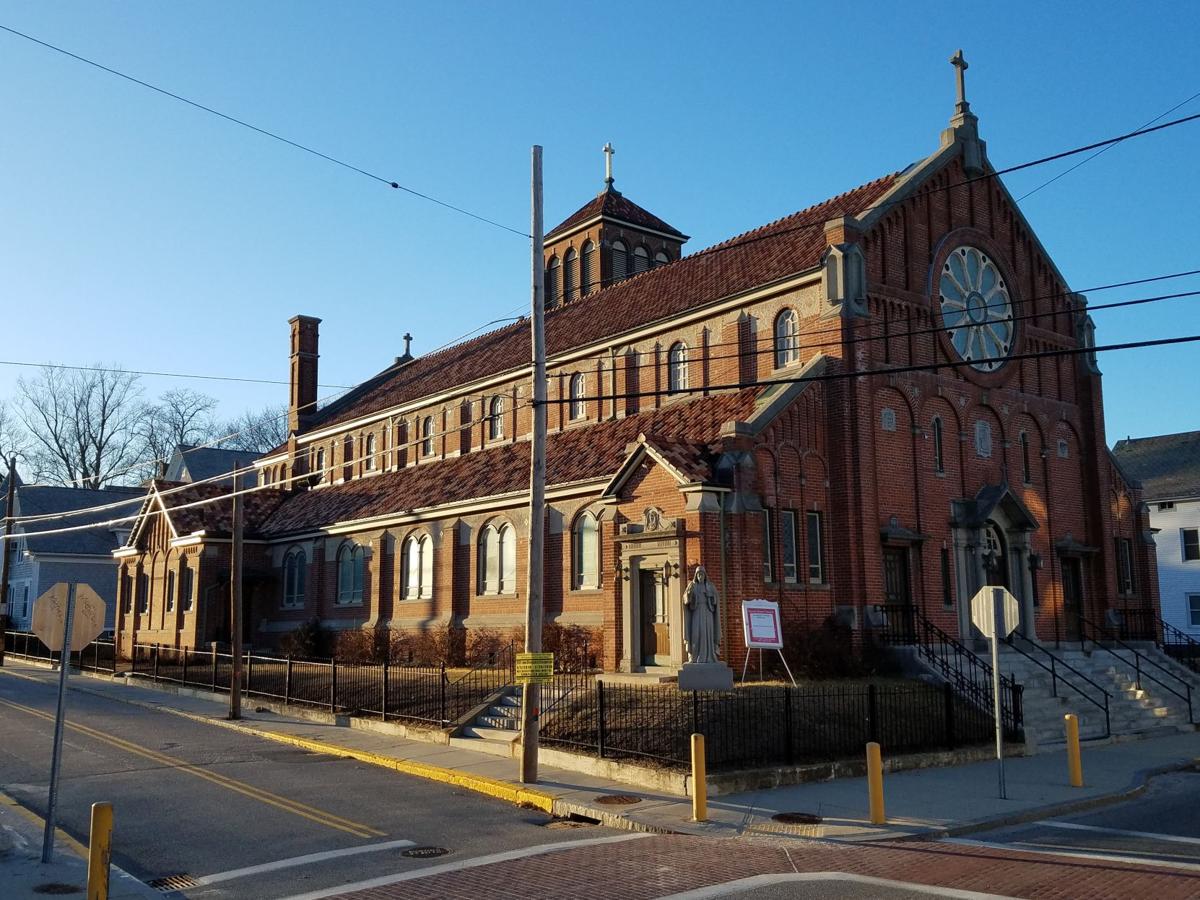 WOONSOCKET — Six months after Bishop Thomas Tobin, in a cutback of priestly personnel, appointed him to run three city parishes, the Rev. Daniel J. Sweet has begun floating a plan to put them under one roof and close down the oldest churches in the group, Sacred Heart and Holy Family.

Under the plan, the churches would be centralized at Our Lady Queen of Martyrs, which – technically – would also be dissolved as part of the consolidation plan. Located at 1409 Park Ave., OLQM and the other parishes would be merged to form a “successor parish” with a new name, controlled by a single finance council and corporation.

The details have already been published in church bulletins and aired at parish meetings for Sacred Heart and Holy Family. And a third meeting is scheduled for parishioners at OLQM after the 10:30 Mass on Sunday morning.

When he was reached for comment, however, Sweet acknowledged that a consolidation is coming for the three parishes, but he said the proposal was merely a draft that was assembled as a point of departure for continued discussions about what form it might take.

That is what he told members of all three parishes in a letter distributed with the proposal on Jan. 7.

“As you read the proposal,” Sweet wrote, “please keep in mind that this is only a draft and, as such, it is subject to revision. No decisions have been made. No dates have been set. No proposal will be sent to the Bishop’s office before everyone affected by such action has had a chance to share their thoughts and opinions.”

But some churchgoers aren’t so sure.

She was one of dozens of churchgoers from all three three parishes who attended a meeting at Holy Family after Mass last Sunday when Sweet discussed the plan – for the second time in as many weeks. A week earlier, he unveiled the proposal at Sacred Heart.

ly the Diocese will seek to close the oldest of the churches in the group because they’re most in need of costly upkeep and repair.

Holy Family, located at 414 South Main St., and Sacred Heart, 415 Olo St., are both over 100 years old. Of the two, DeCataldo said Holy Family is in better shape and deserves to be preserved – as a living church, and as an architectural reminder of Roman Catholic grandeur.

“I’m pushing for Holy Family to stay open,” she said. “It’s a traditional church. We’re losing that, too.”

Speculation about the future of the three churches had been ongoing since last July, when Tobin reassigned the Rev. Brian M. Sistare from his duties as pastor of Sacred Heart and administrator of Holy Family to St. John the Baptist Church in Pawtucket. At the same time, Tobin seated Sweet – already the pastor at OLQM – to serve as the administrator of all three churches.

Since then, there has been only one Mass a week celebrated at Holy Family and just two at Sacred Heart, raising questions about whether the attendance is robust enough to keep the doors open at those houses of worship.

In his Jan. 7 letter to parishioners, Sweet echoed the same comments that were offered by Tobin at the time of the rollback in clerical leadership, emphasizing the inevitability of church consolidation in an age when fewer men are entering the priesthood and church attendance continues to plummet.

“In recent years we have seen (a) decreasing number of priests available for parish assignments and a severe decline in Mass attendance,” he wrote. “In light of these facts we have an obligation to plan ahead. It is important that we consider fewer parishes and fewer church buildings serving a larger geographic area.”

When The Call reached out to the Diocese of Providence for comment about the consolidation plan, Rebecca M. Page Perez, the manager for the Office of Pastoral Planning, replied by e-mail. She reiterated that no firm decisions have been made about the future of the three parishes.

“At this time, only preliminary proposals are being reviewed and discussed by the Diocesan Pastoral Planning Committee for the region of Woonsocket,” she said. “All draft/future proposals are reviewed by this Committee. Ultimately, the final decisions are made by Bishop.”

She said the parish discussions under way now are part of a process adopted by the Diocese that involves the formation of committees and regular parish meetings. “This can be a timely process,” Perez said, “but it is one that has proven to be quite beneficial in the end.”

Despite its preliminary nature, Sweet’s proposal for the future of the three parishes is quite detailed. He suggests the formation of a “single new successor parish (name to be determined) with a single Finance council and Corporation and which would assume all assets and liabilities of all three original parishes.”

He proposes all parish offices be combined at the OLQM successor parish, and that a “new parish and its pastor assume responsibility for the pastoral care of the Catholic population within the territory of the original three parishes.”

Furthermore, he suggests that a “combined pastoral council or subcommittees thereof” embark on a study for “the use and possible sale of unused parish buildings and real estate” and the formation of “a process for grieving the loss of a church building and particular parish traditions.”

For many in the city’s Catholic community, the proposed merger is like religious deja vu. Twenty years ago, All Saints Parish on Rathbun Street rose from the merger of three longstanding parishes in the city, including Our Lady of Victories, St. Louis and St. Ann’s.

Among the loudest protests came from parishioners of St. Ann’s, a landmark piece of architecture commissioned by French-Canadian immigrants at the peak of the mill era. Despite the opposition, the Diocese forged ahead with the consolidation plan, christening All Saints – in the former St. Louis Church – as the new mother ship for displaced worshipers.

Today, St. Ann endures as St. Ann Arts and Cultural Center, an events hall and tourist destination that’s often called America’s Sistine Chapel – a tribute to the ornate, vivid frescoes that adorn the interior walls. The Cumberland Street church is believed to house the largest collection of religious frescoes in one building in North America.

If the diocese continues to close more and more catholic churches, watch and see what will certainly happen just as it has happened across America and around the world, those same churches will be taken over by Islam! Yes that unfortunately what does happen! Google it. Look at England and see what has happened to the regal cathedrals from the past, they are now muslim temples. How sad! Christians need to fight the darkness that is taking over this world! Spread the Gospel, evangelism the lost, fill these churches with believers! Jesus said “A tree is known by it’s fruit.” Bear fruit! Good fruit!