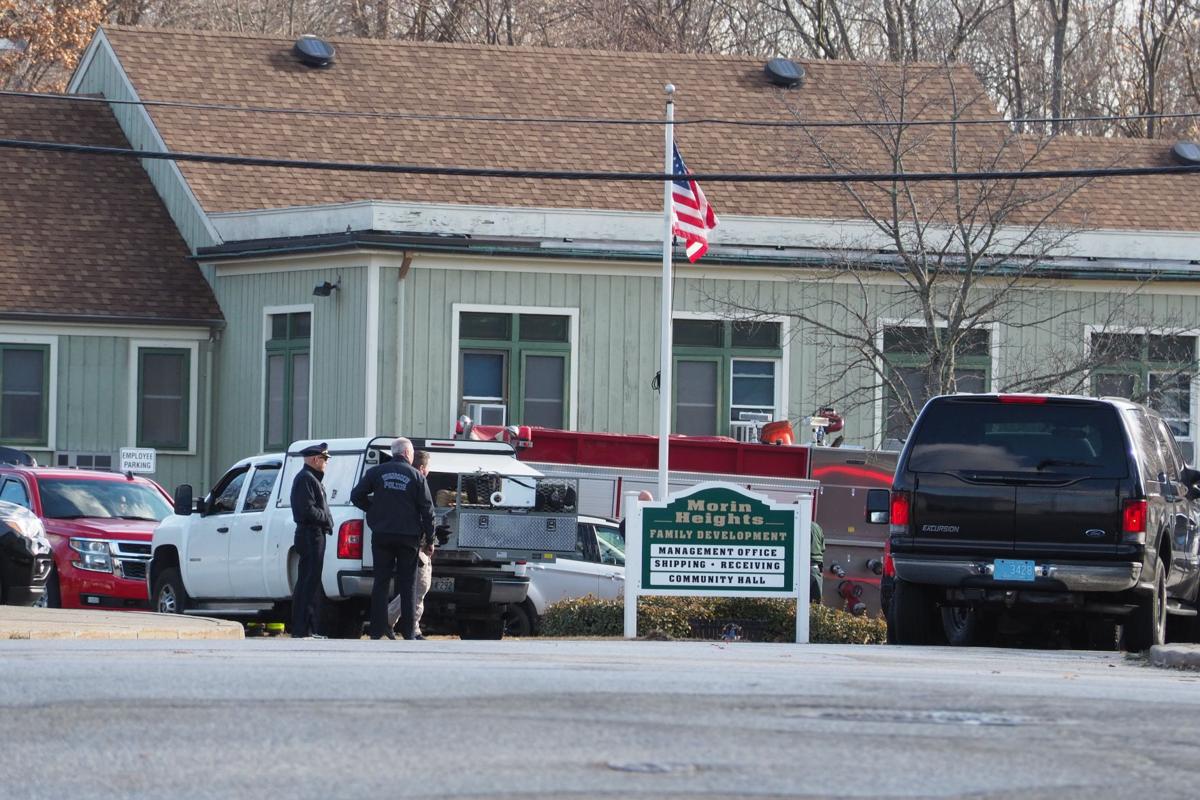 A 22-year-old city man on Thursday was arrested in connection with a pipe bomb alleged to have been left in a 68 Morin Heights Blvd. apartment. The bomb was removed from the apartment by local investigators and state explosives experts after the area had been evacuated. 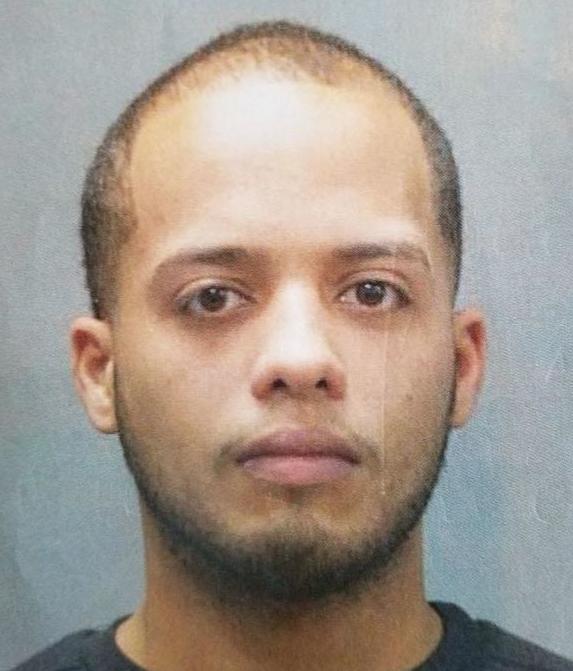 By JOSEPH B. NADEAU

WOONSOCKET – A 22-year-old city man faces felony explosives charges after allegedly leaving a pipe bomb in an apartment at the city’s Morin Heights housing project after the housing authority moved to evict him.

The pipe explosive device, confirmed to be potentially dangerous and featuring a wick-type of fuse, was discovered by housing authority workers at about 9 a.m. Thursday as they checked out the man’s vacated 68 Morin Heights Blvd. apartment, according to Chief Thomas F. Oates III, and Deputy Chief Michael Lemoine.

Oates and Lemoine, speaking later at a department press conference on the incident, reported the arrest of Jan Carlos Martinez-Lopez in connection with the discovery of the pipe bomb.

Martinez-Lopez had turned himself into police at the station following the discovery and was being questioned regarding the incident, the police officials said.

He was expected to be charged with felony explosives violations as result of the pipe bomb being determined by state bomb squad investigators to contain live explosives, Oates said.

The discovery of the pipe bomb, up Morin Heights Boulevard from Winthrop Street and the Citizens Memorial Elementary School, led to the evacuation of about 50 residents from nearby apartments until it had been removed, according to Oates. The elementary school was viewed being far enough away from 68 Morin Heights that its evacuation was not required, the chief said.

Oates said Martinez-Lopez had been evicted or was in the process of being evicted when housing authority employees went to do the apartment check just after 9 a.m. and found a pipe bomb inside.

Lemoine said the device had been located in an upstairs bedroom closet and police did not believe it had been set up as a trap for anyone.

The housing authority employees notified the police department and the Woonsocket fire department also responded to the scene.

After an evacuation of the surrounding apartments had been made, Oates said the bomb squad at the State Fire Marshal’s Office was called to the scene and retrieved a small pipe bomb from the apartment approximately four to six inches long and with a wick attached.

The pipe bomb would have been much more powerful than a homemade firework and could have represented a dangerous outcome had it exploded, according to Oates.

Initially, there had been some question as to whether it was actually a live explosive device but after being taken to the fire marshal’s headquarters, and dismantled and examined, “they advised us that it is a pipe bomb,” Oates said.

“It was an explosive device and it could have detonated,” he said.

Meanwhile, after police had put out the word they wished to speak to Martinez-Lopez, he subsequently turned himself in at the police station, Oates said.

“As a result of interviewing him, he is going to be charged accordingly with having that device in his apartment,” Oates said.

Oates said police were still trying to determine what Martinez-Lopez intended to do with the pipe bomb and were also checking out his explanation of how he came to possess it.

Martinez-Lopez would be charged with the appropriate violations of possession of the explosive device when the investigation concluded, he added.

The decision to evacuate the about 50 residents from the area was a made on protocols for the size and the location of the device, Oates explained.

“So the areas that we moved, we felt were good enough that we would create a safe zone but we did have to move roughly 50 residents,” he said.

The police roadblocks on Morin Heights Boulevard creating the safety zone were opened after the apartment was cleared around 11 a.m.

As to the potential danger of the device, Oats said “you would have to speak to the experts on that, but certainly a pipe bomb, even that size four or five inches, would do quite a bit of damage – especially in a confined room or to anybody who was in that room.’’

Although not aware if the pipe had been metal or PVC plastic, Oates said either material could have resulted in shrapnel inflicting serious injury had it detonated.

“Anytime with a pipe bomb, yes that’s the danger,” he said.

Lemoine said Martinez-Lopez was believed to have been the only occupant of the apartment.

The suspect could face up to 20 years in prison for the state charges of possession of an explosive device, Oates noted.

He was to be sent to court to face the appropriate charging when the investigation was completed, according to Oates. No other arrests were expected in the case, he added.

Do you support or oppose using taxpayer funds to provide abortions?

Rhode Island currently bans the use of taxpayer money to fund abortion for Medicaid recipients and state employees. A group of legislators say they want to repeal this ban.