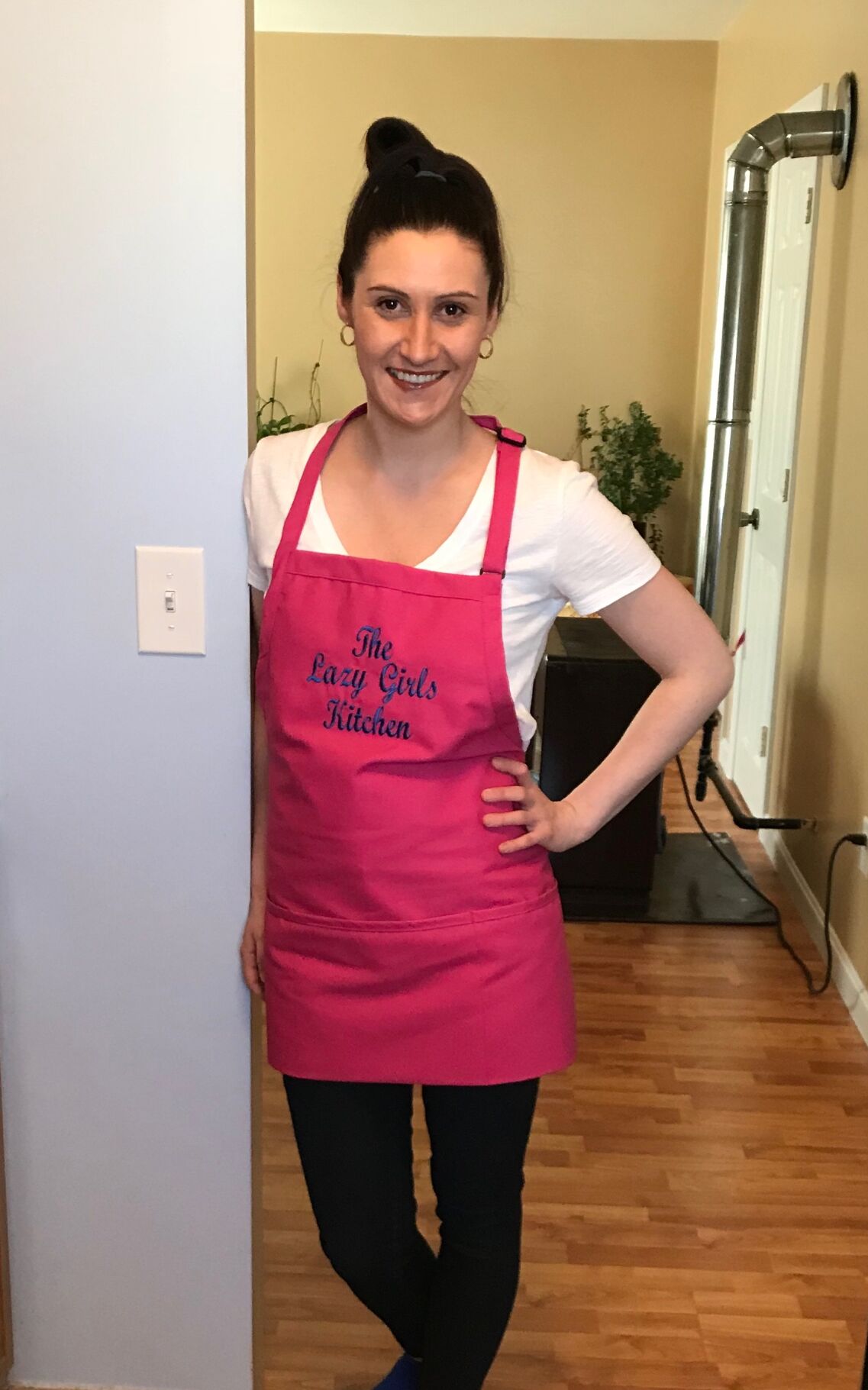 Maggie Armatys of Woonsocket, pictured, just celebrated three years of her cooking show, “The Lazy Girl’s Kitchen.” Armatys produces the show herself – serving as cook, videographer and editor – and its 300 or so episodes are available on YouTube. She gets 10,000 to 15,000 visitors to her channel each month and is doing everything she can to grow those numbers, in hopes of turning the show into a part- or full-time job. 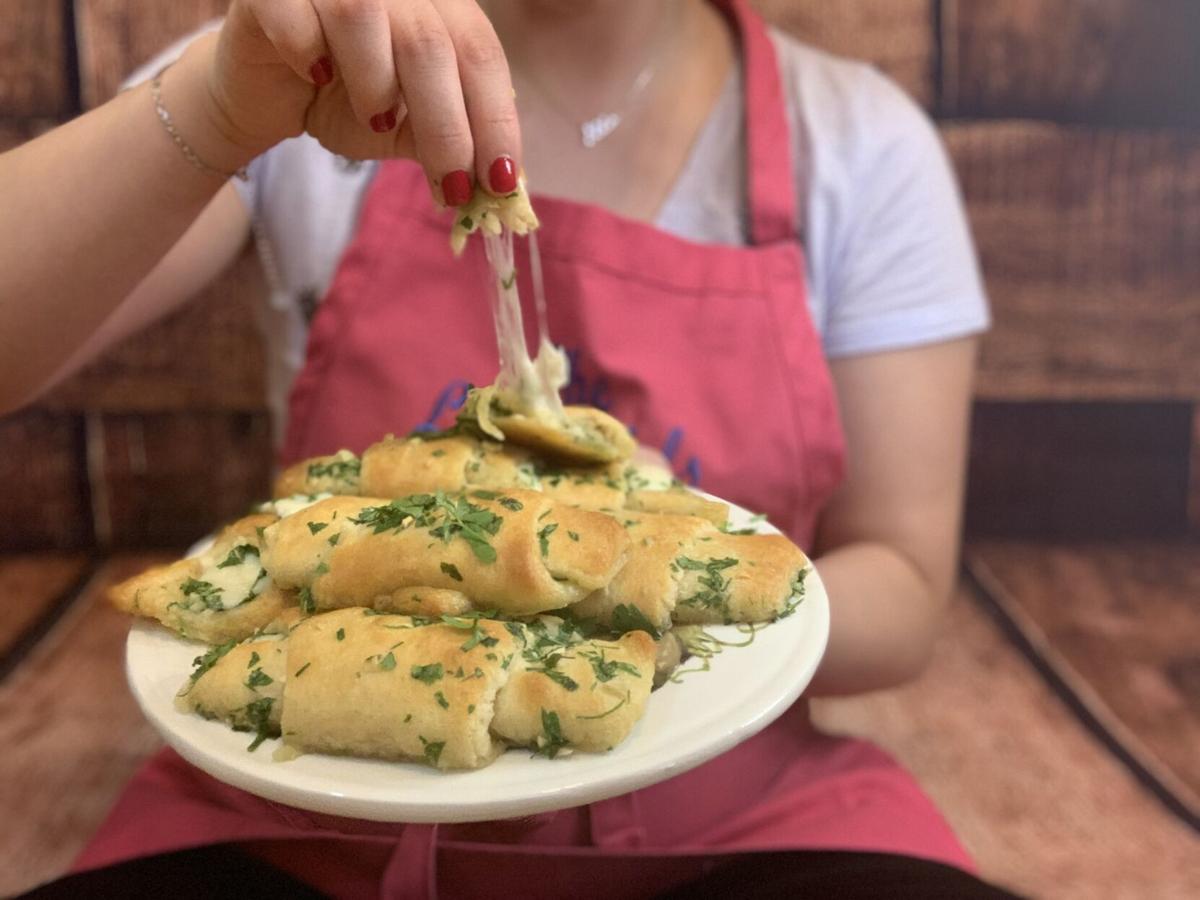 Maggie Armatys of Woonsocket, pictured, just celebrated three years of her cooking show, “The Lazy Girl’s Kitchen.” Armatys produces the show herself – serving as cook, videographer and editor – and its 300 or so episodes are available on YouTube. She gets 10,000 to 15,000 visitors to her channel each month and is doing everything she can to grow those numbers, in hopes of turning the show into a part- or full-time job.

WOONSOCKET — Maggie Armatys was barely 30, but she felt like time was running out.

Armatys was making a living selling trendy menswear from the floor of a discount store in Wrentham, but her heroes were the celebrity chefs of the Food Network like Ina Garten and Giada De Laurentiis.

So in 2018 she dropped everything and launched her own cooking show on YouTube. Now she’s the star.

“I just wasn’t happy where I was working,” says Armatys. “My passion was always food. I thought, ‘If I don’t do it now, I’m never going to do it.’”

Armatys – cook, videographer and editor – has now produced some 300 episodes of her show, “The Lazy Girl’s Kitchen,” which marked its three-year anniversary last month. Although she works full-time in the records room at Community Care Alliance, Armatys says she draws a supplementary income from the show, which is visited by 10,000-15,000 cooks per month looking for ideas and inspiration in the kitchen.

But Armatys says she’s doing everything she can to promote the show and grow her audience – the key to converting the kitchen gig into a real job.

Born in the tiny village of Lezanjsk in Poland, Armatys emigrated to Woonsocket with her family when she was 8 years old and has lived here ever since. Her parents, Maria and Jerzy Armatys, and older sister, Agniezka Fontaine, are also city residents.

Armatys, who has no formal training in culinary arts, says she learned her way around the kitchen from her mother when she was growing up, but that doesn’t mean her recipes are overwhelmingly Polish. On the contrary, it’s just as likely for her to appear on video dishing up a how-to on pierogi or golumpki as it is double-fried chicken wings in sticky sauce or crab rangoon egg rolls.

Though she credits her mother with planting the seeds of kitchen passion in her, it took a while for them to sprout. Armatys says it wasn’t until she went to Rhode Island College that she found herself making regular phone calls home to refresh her memory of what goes in this dish or that.

“I lived off campus. I kind of had to fend for myself,” she said. “It was all cereal and takeout for awhile, so I started calling my mom for recipes.”

A typical episode of The Lazy Girl’s Kitchen these days is a brief instructional with a few on-camera introductory remarks about the dish from Armatys. Then there’s a shift to a series of quick edits that show – rather than tell – how the dish is assembled, without the accompaniment of the chef.

But they weren’t always like that. Through personal tragedy, Armatys says she learned that revealing too much of herself for public consumption might leave her open to unexpected – and unwanted – vulnerability.

Earlier, Armatys says, she allowed herself to be a more dominant focus of The Lazy Girl’s Kitchen at a time when she had become pregnant. When the child was stillborn last May, she really didn’t want to share the experience with viewers, but she felt compelled to offer some kind of an explanation.

“When I lost my daughter it was just devastating,” she says. “I had shared my whole pregnancy throughout my website. I did explain it.”

Now she feels safer “pulling back from the camera aspect” of the show a bit. If she gets pregnant again, she’ll share the good news with viewers after the child is born, but she’ll keep her personal life private until the time feels right.

Although The Lazy Girl’s Kitchen predates the pandemic, the onset of COVID-19 turned out to be one of the best things that ever happened to Armatys’ cooking show.

As people retreated into their homes to socially distance from play and work, the kitchen became a refuge for many – including her. Stories about the phenomenon abound, punctuated by anecdotes about store shelves stripped of staples, overeating and adventurous forays in experimental edibles.

“Viewership picked up a lot. A lot of people were cooking from home,” she said. “I was having more interaction with people. I felt like this was the one positive during the pandemic.”

Armatys relies on friends with accounts on various social media platforms, including Instagram and Facebook, to boost her profile by sharing her content, which she generally refreshes with new recipes at least once or twice a week.

A next step for Armatys might be to write a companion cookbook for the series, which would probably help lift the profile of The Lazy Girl’s Kitchen.

But she says one ingredient that’s bringing viewers back to the series is her simple approach to crafting colorful, delicious-looking plates. She tries to feed food fans recipes in easily digestible visual bites that they can replicate without a great deal of effort – hence the title of the show.

Armatys thinks it may be because viewers recognize someone familiar when they walk through the digital door of The Lazy Girl’s Kitchen: Themselves.

“I think it’s because I’m not classically trained,” she says. “I’m a home cook, like they are.”