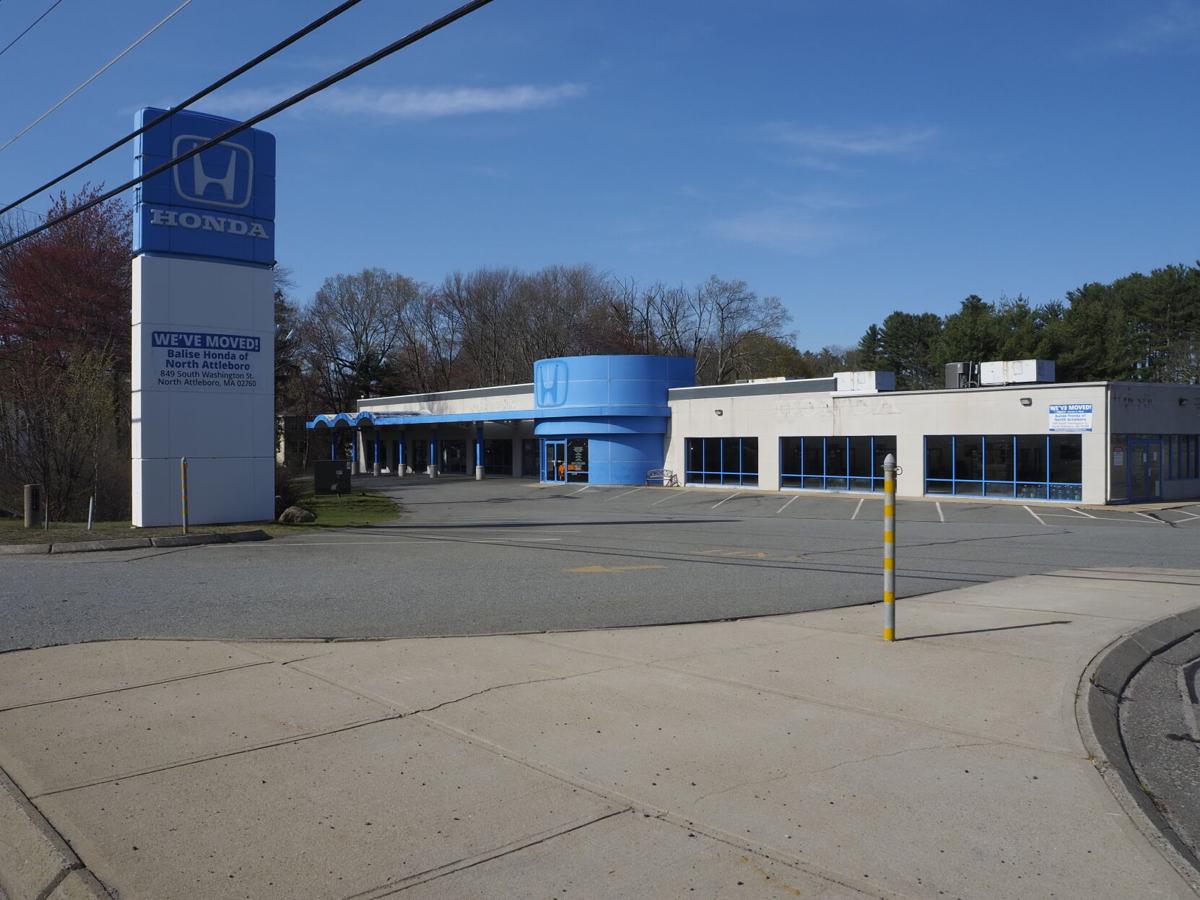 The longtime Majestic Honda dealership on Eddie Dowling Highway, near the Lincoln-North Smithfield line, has been shuttered, with the business taking on a new name and location as Balise Honda of North Attleboro. 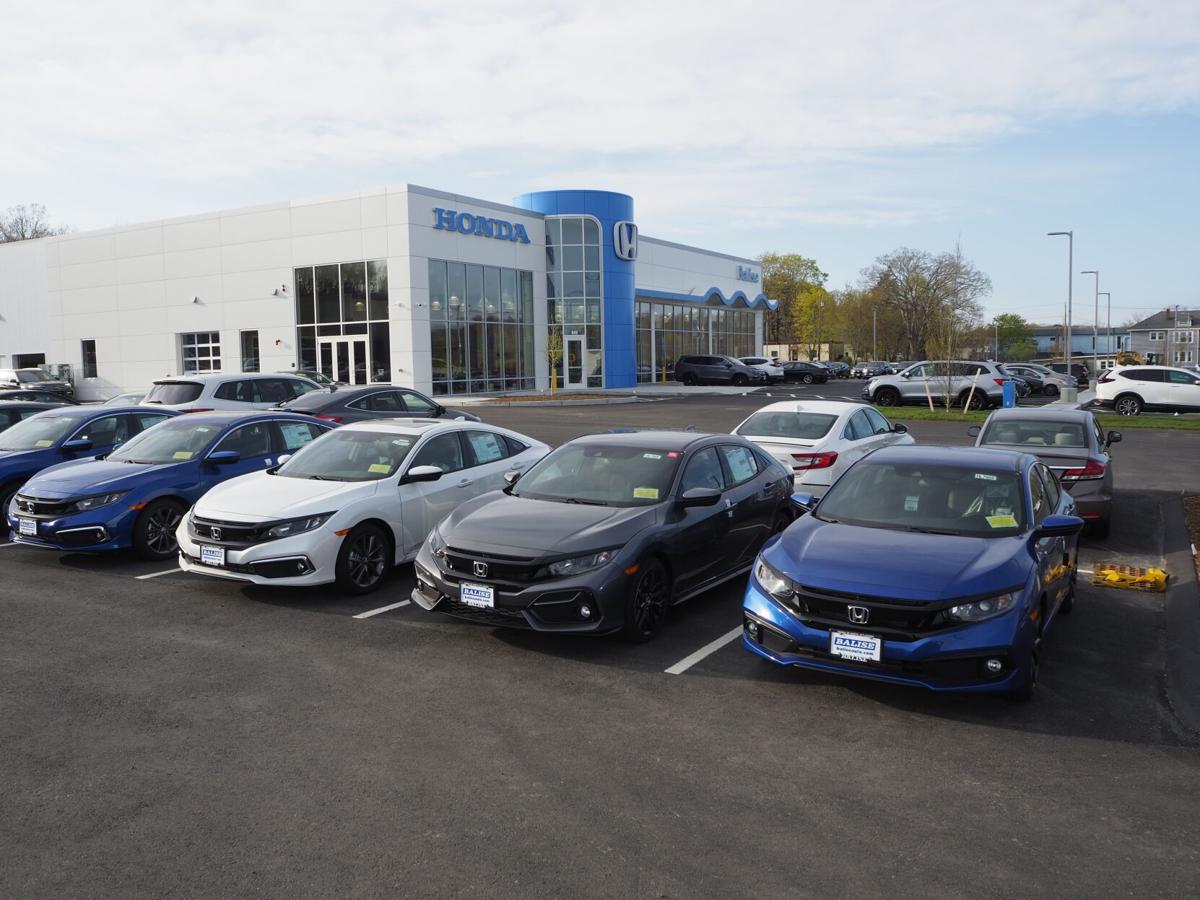 The newly-opened Balise Honda of North Attleboro is located at 849 South Washington St.

The longtime Majestic Honda dealership on Eddie Dowling Highway, near the Lincoln-North Smithfield line, has been shuttered, with the business taking on a new name and location as Balise Honda of North Attleboro.

The newly-opened Balise Honda of North Attleboro is located at 849 South Washington St.

LINCOLN — If you are looking to buy a new Honda, don’t stop in at the longtime Majestic Honda dealership at 1300 Eddie Dowling Highway – it’s moved away.

Majestic Honda is now Balise Honda at 849 South Washington Street in North Attleboro, following a recent dealership relocation just over a week ago.

Majestic’s telephone number now has a message explaining “we have a new building and a new name” before directing customers to the brand new – and significantly larger – dealership location in North Attleboro.

An employee at the dealership, located on the southbound side of Washington Street opposite the Showcase Cinemas, said on Tuesday that the move was made all in one day after the dealership took possession of its new home from the builder.

The spacious lot off Washington Street has a wide selection of Hondas to choose from and customers were already at the sales desks with the dealership’s busy staff.

Questions about the transition were referred to the general manager, who was not immediately available on Tuesday.

Majestic Honda started out as Majestic Motors on the “Pike” in October 1971 with a ribbon-cutting by town officials and its owners at the time – Arthur Elman and his brother-in-law Burton Charron. The motorcycle dealership was billed as possibly the largest Honda location in New England. Elman, who died in 1982, also brought a Honda car dealership to the site and the family business operated another Honda dealership in West Warwick.

Eventually the motorcycle business was moved out of the Eddie Dowling property as concerns surfaced over contaminates entering the groundwater in the area and affecting neighboring homes. The city of Woonsocket also had concerns over the dealership’s location, which was just feet from Crook Fall Brook, a stream running from its reservoir in North Smithfield to its water plant reservoir off Manville Road.

The city had actually granted Majestic a parcel of city-owned land to help with the dealership’s development, but it ended up working with the R.I. Department of Environmental Management, the towns of Lincoln and North Smithfield and Majestic to address the water quality concerns.

Ultimately, Woonsocket piped its water supply from the reservoir to the treatment plant and left only a sufficient flow running through the stream bed to keep it a water course.

The dealership had continued to operate, with the operational changes worked out to prevent watershed impacts in the ensuing years.

Lincoln Town Planner Albert Ranaldi Jr. said he only learned about the Majestic move when asked about it on Tuesday.

“This is the first I am hearing of it,” Ranaldi said.

There are no specific requirements for the planning department to be notified of a business change, Ranaldi noted, and usually the planners get the plans for a new use at a business property when changes are needed.

“They must have good movers,” Ranaldi said, pointing out how quickly the Majestic lot emptied.

While the water issues were addressed years ago, Ranaldi said the Majestic site still holds requirements for a buffer zone to the residential properties behind it that would have to be maintained under any new use.

“We would have to see what is proposed before commenting on it,” Ranaldi said.

The dealership property is just north of the former Cox Cable office off Eddie Dowling Highway that borders the Route 146, Route 95 and Route 295 interchange to the south. The Cox location has been listed for sale or lease for sometime.

The Majestic location is typically where traffic on Route 146 north heading to the Sayles Hill Road intersection begins to back up.

People driving slowly past Majestic have been checking out the new sedans and vans there for years and many motorists were probably surprised to see the empty lot in recent days.

A Majestic service customer even drove into the now-empty dealership on Tuesday, thinking his repair appointment was scheduled there.

The website had indicated the Eddie Dowling Highway address, the customer noted, before being directed to a sign on the dealership window with the telephone number, 508-576-8100, and the new address of Balise Honda in North Attleboro.