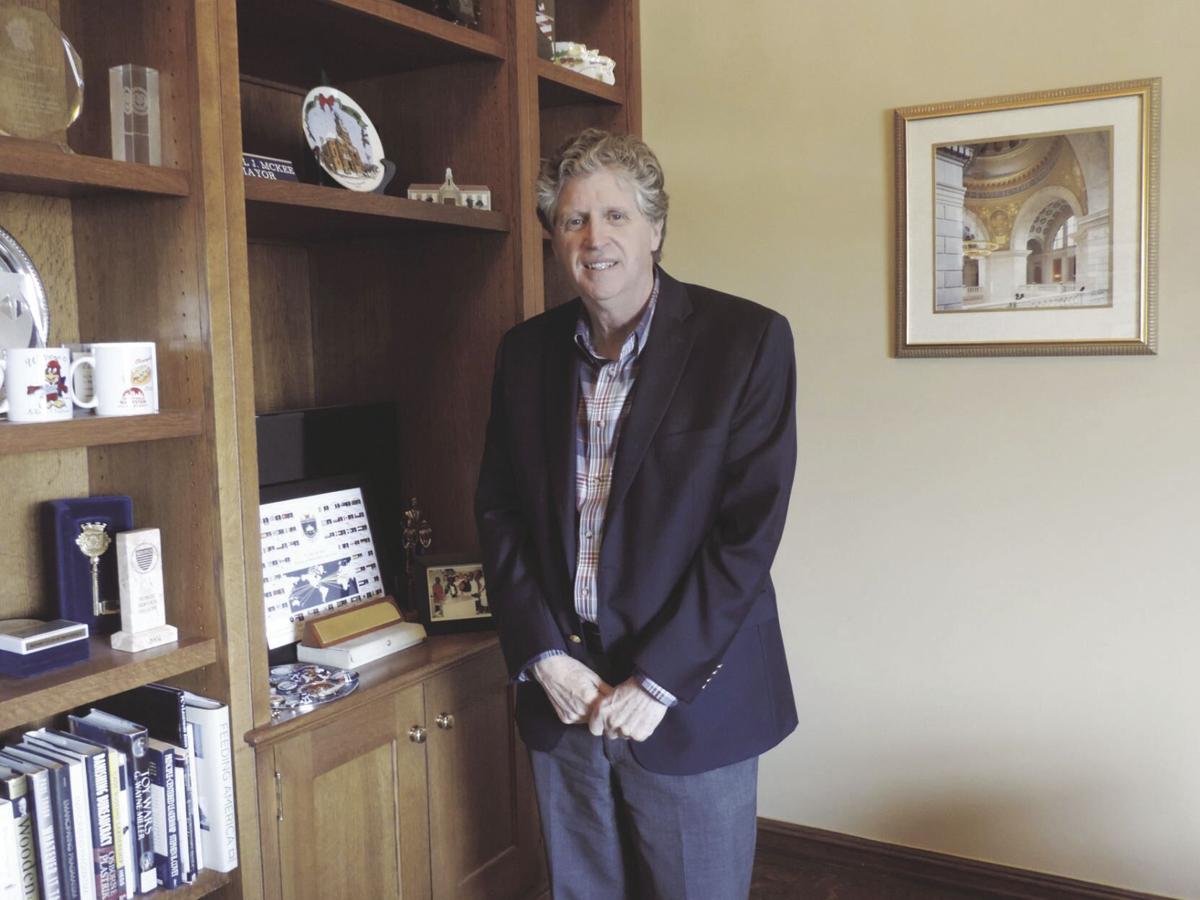 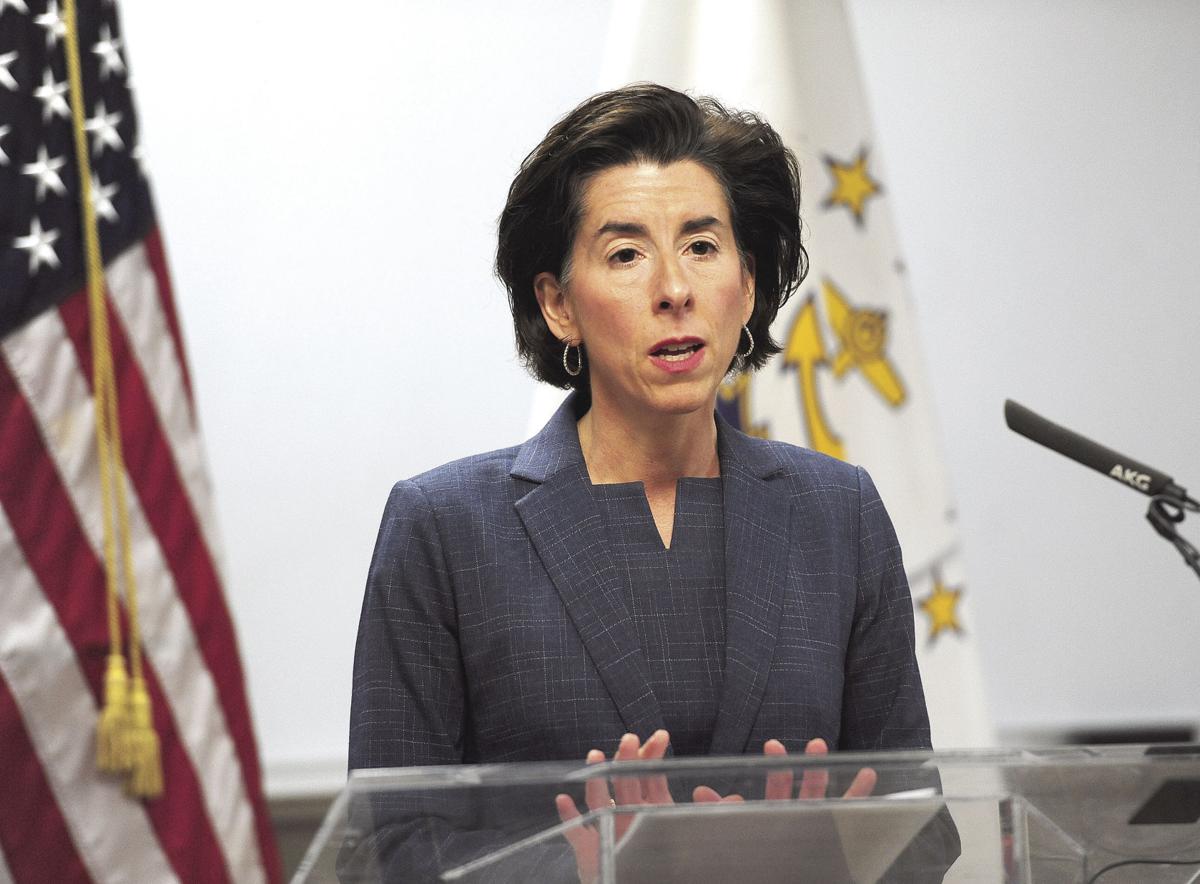 By WILL WEISSERT, MICHELLE R. SMITH and AAMER MADHANI

Raimondo, a former venture capitalist, is in her second term as governor and previously served as state treasurer. Her name had been floated for Biden’s health secretary, though she said last month she would be staying in Rhode Island and continuing to focus on the coronavirus pandemic.

Her nomination, which was confirmed by a person familiar with the decision, will need to be approved by the Senate. The person was not authorized to preempt Biden’s announcement and spoke Thursday on condition of anonymity.

He’d also have the power to pick a new lieutenant governor to serve out this term, though a bill was filed in the legislature this week to give lawmakers that authority.

McKee told WPRI-TV recently that he’d be ready to lead the state if his time came.

The former Cumberland mayor and business owner has often been at odds with Raimondo and her administration’s response to the coronavirus pandemic, which has hit the tiny state particularly hard.

“My job is to always be prepared in that unlikely scenario,” McKee told WPRI-TV. “I am prepared, and I’ve been working for the last six years to make sure that I am prepared.”

Who would run for governor in 2022 remains an open question.

McKee and other statewide office holders, including Secretary of State Nellie Gorbea, have been floated as potential successors.

McKee’s campaign told The Providence Journal in November that there’s a “high likelihood” he’d run, but the spokespeople for the other two officeholders demurred.

For Republicans, outgoing Cranston Mayor Allan Fung ran twice unsuccessfully for governor — both times against Raimondo — and could decide the third time’s the charm.

“My fortune cookie said stay tuned. Many surprises in store in the future,” Fung told the Journal in November.

The Biden administration’s stance on international trade will likely be a significant shift away from President Donald Trump’s tariff-heavy approach. The Trump administration imposed tariffs on Chinese goods including steel to punish Beijing for what it said were unfair currency practices and potential national security threats. Those moves were largely opposed by U.S. allies, including Canada.

Biden opposes Chinese tariffs and has promised to improve U.S. relationships with countries around the hemisphere and globe. But he hasn’t indicated that undoing the tariffs will be a top priority. Instead he has promised to while campaigning for president to oversee an aggressive “Buy American” campaign that would use federal funds to purchase $400 billion of U.S.-made goods while spending an additional $300 billion on new research and development from domestic technology firms.

Raimondo, 49, has degrees from Harvard and Yale Law School and was a Rhodes scholar.

She served as a law clerk for U.S. District Judge Kimba Wood of the Southern District of New York, but ultimately went into business, becoming a venture capitalist. The firm she co-founded, Point Judith Capital, was an early-stage venture capital firm that invested in communications, internet, health care and technology companies.

Raimondo’s first run for office was in 2010, when she was elected state treasurer. While there, she led a state pension overhaul, which cut pension benefits for workers in the state pension system and drew intense opposition from public sector unions.

Raimondo was elected governor in 2014 with just under 41% of the vote in a three-way race. She won reelection in 2018 with more than 52%. She is term-limited and cannot run again.

Raimondo is a former head of the Democratic Governors Association and a prolific fundraiser. She became an early supporter of Mike Bloomberg’s short-lived run for president.

Biden’s administration has promised more robust promotion of U.S. exports and to encourage trade that emphasizes protecting the environment and combating climate change.

Biden’s Commerce Department may see much of its political philosophy dictated by his choice for other top economic Cabinet positions, including treasury secretary. Biden picked Janet Yellen, a former Federal Reserve chair and labor economist.

Is the state taking the right steps to curb coronavirus?